Are you looking for theatrical perfection? Then go to Toruń 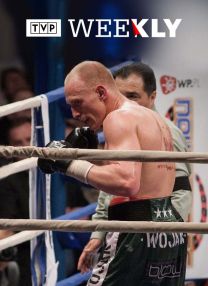 “Murder for Two” was premiered in 2011 at the Shakespeare Theater in Chicago. Then it moved to Broadway where it runs until this day. It is one of those magical comedy hits that has played for years all over the world. To bring it to Poland was the brainchild of Anna Wołek, the Director of the Kujawsko-Pomorski Musical Theatre in Toruń.

It’s a simple reflection, namely that the old acting skills have disappeared along with the demise of the old thespians. They played roles that are unrepeatable. We associate them with a superb repertoire, exceptional literature, a certain convention as well as a cabaret tradition that is currently more and more difficult. They were unique. But at least I don’t have the impression that nothing would come after them.

Are you looking for this kind of actorly virtuosity today? But it can still be found in every generation. But if you are looking for a big hit then you can do no better than to go to Toruń, to the Kujawsko-Pomorski Musical Theatre to be exact as it is putting on “Murder for Two” a musical that has been a hit on Broadway for years. We get all that we want: a great script but theatre done with aplomb. It is theatre done with bravura and a madcap enjoyment. This could only be achieved thanks to the actor’s perfection, and a great deal of hard, hard work.

Joe Kinosian wrote the music and Kellen Bar the bonkers text. The action takes place in a pastiche, screwball Agatha Christie style. The plot: a well-known writer is murdered in his home. There is an investigation led by Detective Moscowicz who has to close the investigation before a more experienced detective arrives. Moscowicz, maybe Polish, is still far off from getting his qualifications.

There are surreal moments but some of the dialogue is surprisingly English. But it’s not set in England but New England. It’s similar to “Arsenic and Old Lace” the 1939 production by Joseph Kesselring, later filmed. It’s interesting that the contemporary cast feels at home in this period provincial atmosphere.

The authors have written most of the parts for just two actors- the most remarkable thing about the text. One plays the policeman and the other most of the characters, including the suspects that are in the house. Here we come to the conventions as the second actor changes into drag or becomes a child. We have to suspend our disbelief but this is done in a purely theatrical manner.

In addition, the protagonists bash out complicated melodies on the piano. They burst into occasional song. When one sings about some matters (let’s call them arias) the other accompanies. It leads to sometimes absurd discussions as to the shallowness of the actor’s profession. Try to encompass all this in the space of two and a half hours? Absolutely…

“Murder for Two” had its premiere in 2011 in Chicago’s Shakespeare Theater. Then it moved onto Broadway where it runs today. It is one of those magical comedy hits played for years all over the world.

Anna Wołek the director of the Kujawski-Pomorski Musical Theatre in Toruń was responsible for bringing over the production to Poland. She first saw it in New York and spoke to both of the creators of the musical. She translated the text.

She showed the text to one of the directors who was to direct the work and he stated that it was undoable. As an afterthought, he added that an ensemble could not be found. 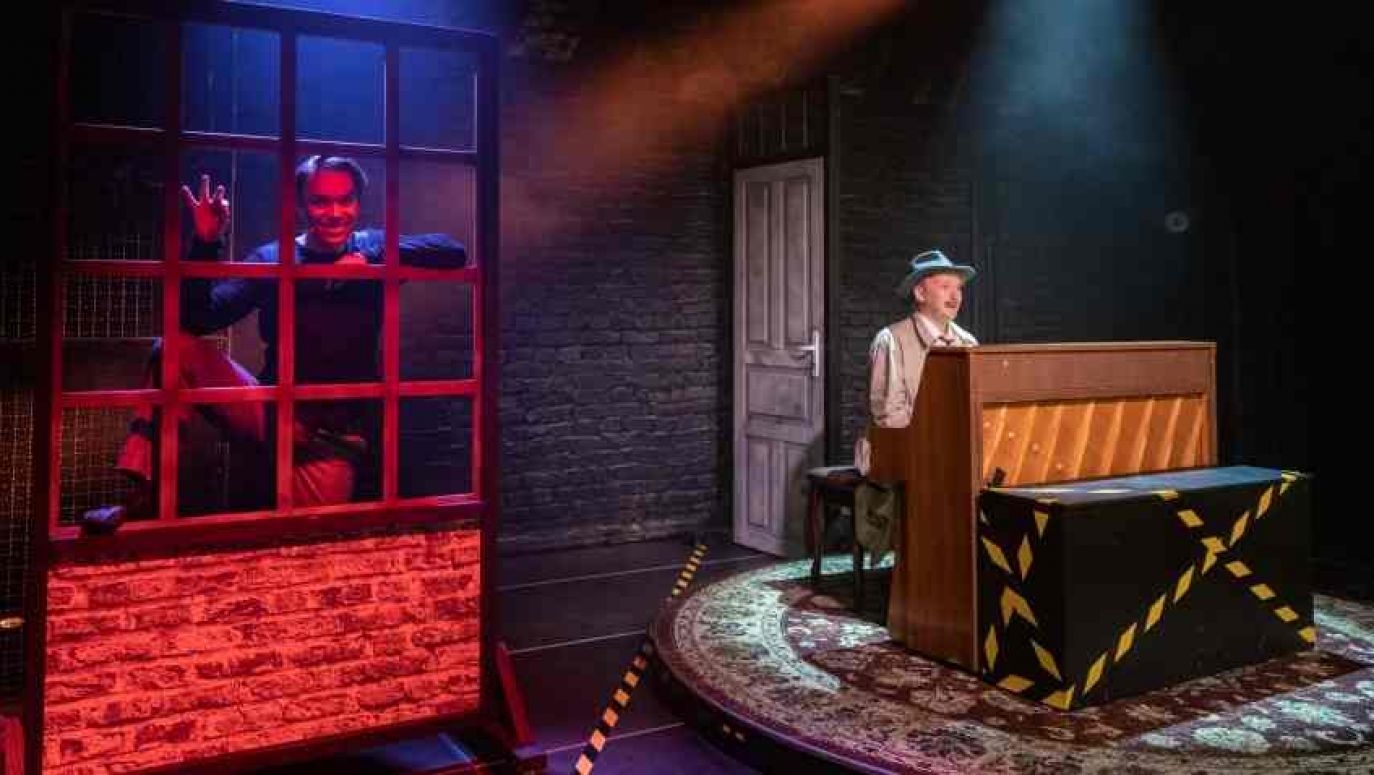 Wojciech Stefaniak’s interiors are somewhat realistic in style as part of the room is decorated as an American home. But the central point of the stage holds a rotunda with a piano perched on it, photo teatrmuzyczny.torun.pl
Well it could, and with the best imaginable performers and back stage people. It just seems to be common sensical that the actors should be universally praised.

Actress Agnieszka Płoszajska undertook the role of director. She had already directed other productions over the past seven years at the theatre. She relies upon a brilliant skill set. The actors must always remember to step over the corpse that we cannot see, and that the doors to the Whitney family home can be drawn open.

The interiors of Wojciech Stefaniak are sort of realistic- partly in American house style. The centrepiece features a revolving raised pedestal upon which there’s a piano. It will be set in motion. Once by the forty year old Maciej Makowski and once by the thirty year old Marcin Sosiński. Both it must be added look younger.

It’s Sosiński, currently performing with the Musical Theatre in Łódź, who draws in our imagination. His skill in playing so many parts is uncommon. He says there are 13 in all but I counted 12- Whitney’s wife, Griff the psychiatrist, Miss Lewis the ballerina, the neighbourly couple, Steff Whitney the victim’s niece, three member of a boys’ choir, a nine year old, a fireman hidden in the bathroom, Vanessa Marcus’s lover shown in flashback and Marcus’s current partner Leo (shown only offstage throughout the performance). Maybe I’ve missed someone out.

Sosiński doesn’t attempt to change make-up or costume. He performs in black three-piece suit designed by Wanda Kowalska. To change his roles he shifts minimally on stage. These changes are sometimes the focus of surreal jokes. He achieves everything by modifying the timbre of his voice, mime and body language. These are amazing. We become totally involved with a few characters. Pure theatre!

Sosiński is a specialist in the musical. But he was a puppeteer for a good few years. Andrzej Mastalerz is right when he says that puppeteering is a school for the imagination. Sosiński is also a veteran of dubbing. Good Lord, what a renaissance man! 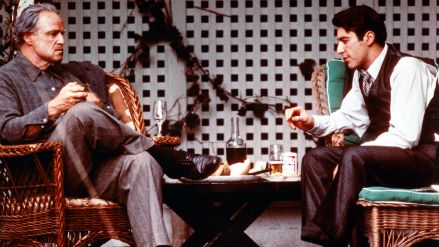 'The Godfather'. Cinematic hot dog or morality play about loyalty and family values?

Coppola's work carries an important warning: The "success" of a family can be the road to its disintegration.

see more
Some of his hits are truly memorable. There’s the sexually exciting ballerina (a great dance choreographed by Michał Cyran). He certainly is no sexy woman, but how is it that we believe in him? That we buy into the convention?

Take the scenes with the three choristers, whom he plays almost simultaneously. The same with the annoying voice of Miss Dalia. The actors are great in themselves with witty dialogues spiced up by the actor’s own comic talent and vigour. The role is worth a hatful of awards.

Maciej Makowski in American police uniform only plays Marcus. This means he is onstage all the time. He is an outstanding dramatic actor. But also a veteran of literary cabaret, a tradition that has persisted thanks to shows like “Cabaret at the End of the World” or televison’s “La La Poland”.

I once wrote that he was a characteristic lover type. His mannerisms, his grimaces or tone of voice can summon up a Pythonesque surrealism. He does this with a light touch, good taste and feeling. Here too.

The melancholic awkwardness of Marcus Mosowicz is the binding element of these amusing actors’ etudes, played brilliantly, and Sosiński’s madcap creations. They play in contrast to one another and splendidly. When playing together the actors can escape from the characters that they are playing. They are our guides to this mad world.

They do not sing like professionals, but the convention of the theatrical song tradition is enough. They are a great two man combination. You can feel their joy in creating such theatre. I felt this as when I saw as some of their rehearsals shown on social media earlier on.

Respect for the magicians

What can I say? I can only doff my hat to the magicians. A well-known actor who was present with me at the premiere said that this performance should be shown in acting schools as an example of this method, the “Sèvres porcelain” of the art. Absolutely. We have to say that Wojciech Łapinski takes the role of Marcus with Markowski occasionally, and Łapiński is still a student. He’s a totally different Moscowicz judging by his appearance. I’ll see the performance a second time with him in the cast, I promise. 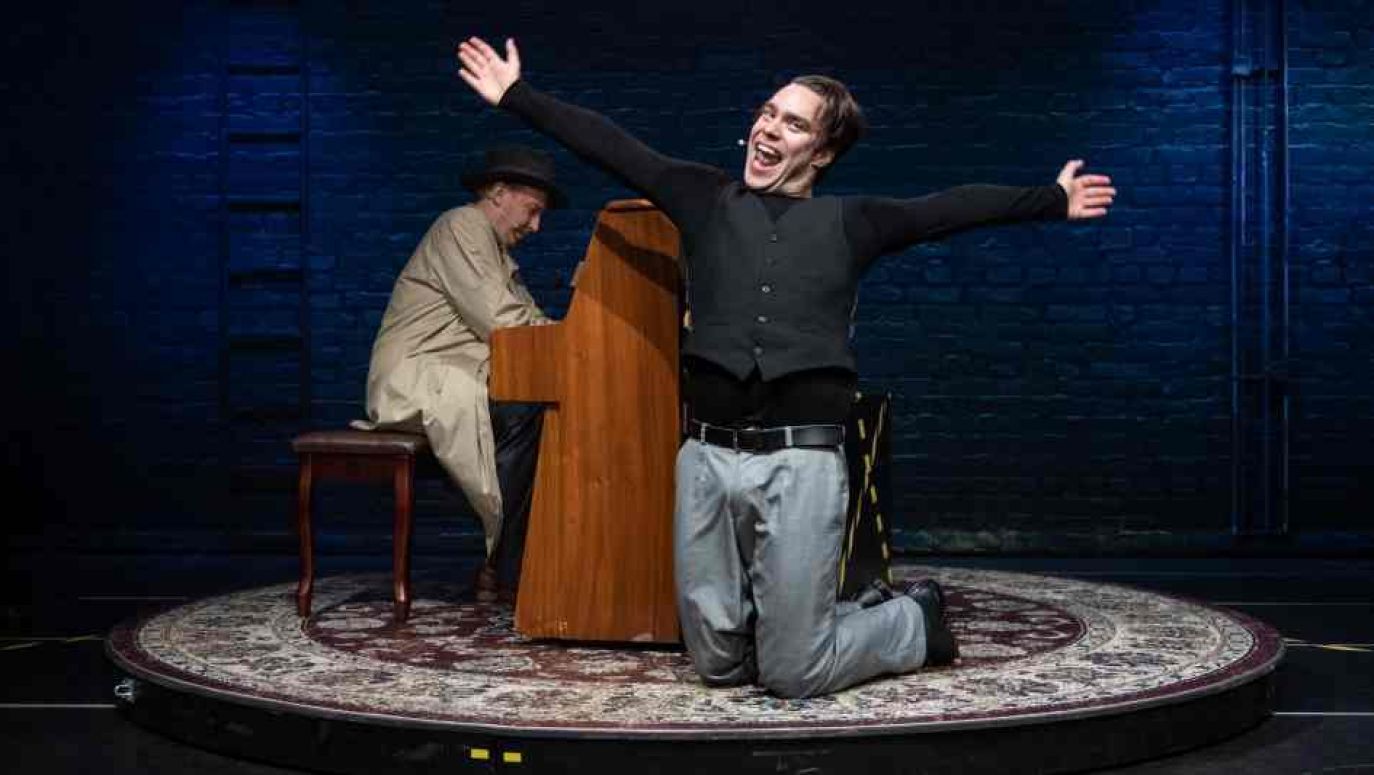 This show is a “Sèvres” example of this genre of recreation and thespian art. In the photo Maciej Makowski plays detective Moscowicz and Marcin Sosiński in one of the twelve characters he plays, photo teatrmuzyczny.torun.pl
So there just remains the question. Can the humble theatre in Toruń create such a masterpiece permanently? Will crowds flock to see the show? Will it attempt to take the play on a Polish tour?

The reaction of the audience was rapturous- a rare thing on such a scale in today’s Polish theatreland. More attractions are also put on such as a vote during the intermission for the likely name of the suspect. The text escapes from reality, but the magic of the whodunnit is kept until the end, taking into account the convention of the pastiche.

I wish every success for the theatre. I’ve seen your productions including a very decent “Hemar”, about the great songwriter and satirist of the inter war and wartime period. I think that on this small stage which lies on the fifth floor of a superb Toruń townhouse, the craft is still very much alive. But this time there is something more- divine madness!

Perhaps its not just a challenge for Toruń. What would happen if TVP Polish national television found the means to show this musical in its of television theatre? It’s the largest in Poland after all. It’s worth it.

Theatre lives on. In spite of being diminished in its values that were initially rooted in fine literature. This type of theatre does not moralise, nor caution or preach to the audience from the stage. It can simply charm us. Polish actors can do this and not just big-name celebrities. Congratulations to all those involved in creating this fantastic show! 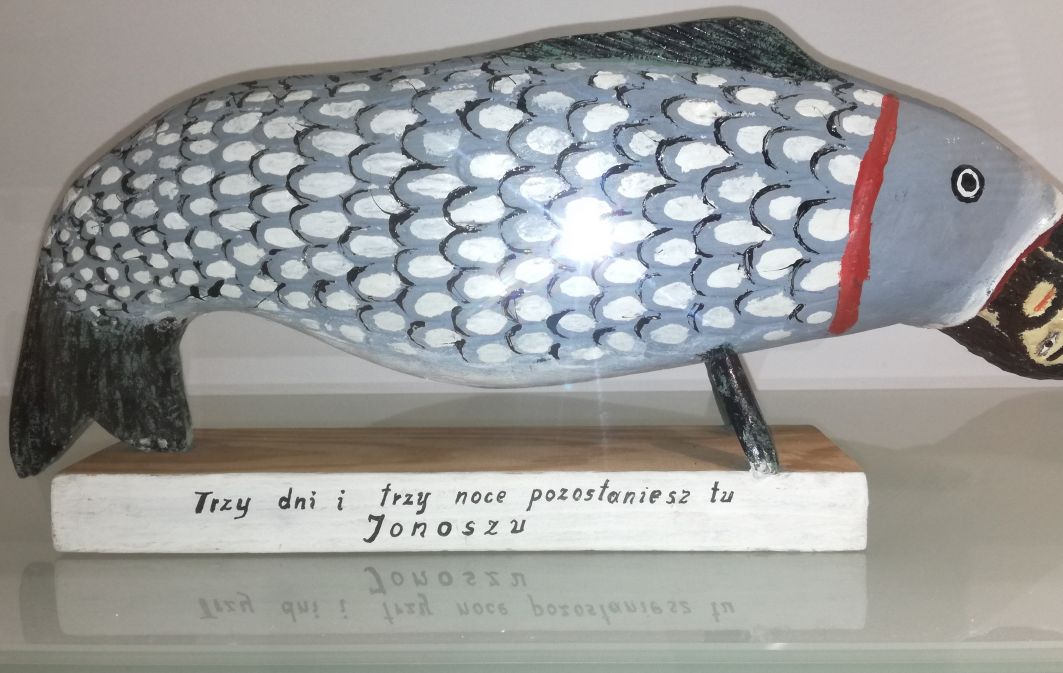 Over Kashubia – a Zeppelin and a Dragon

It is difficult to name a thinker, especially one at odds with orthodoxy, who would not use images and scenes from the Apocalypse. 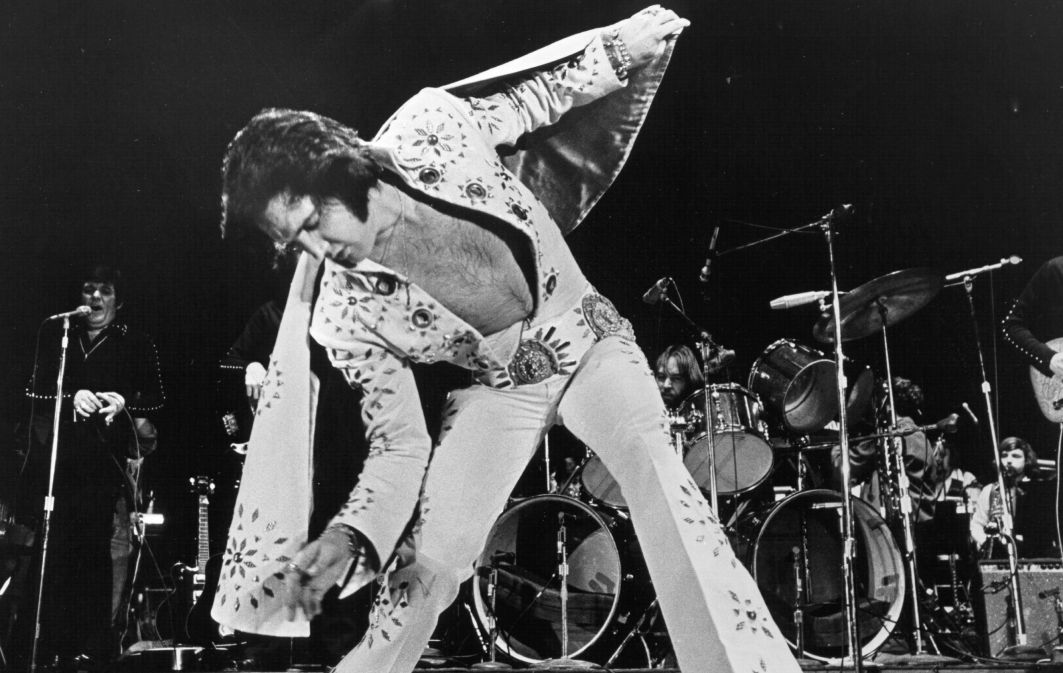 Death of a superhero, or Elvis Presley eternally dead

He dies in extreme solitude. But nobody likes it when a superhero dies. 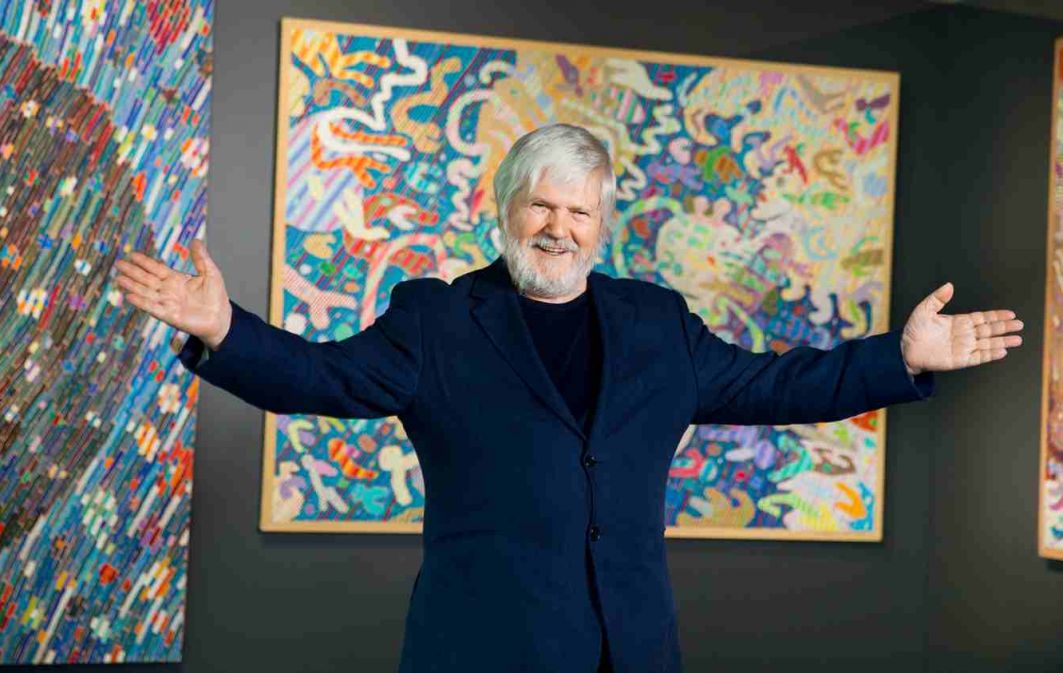 They rebelled against abstraction

He reflects on the genesis of our species, painting like the primordial artists on the walls of the Lascaux caves. 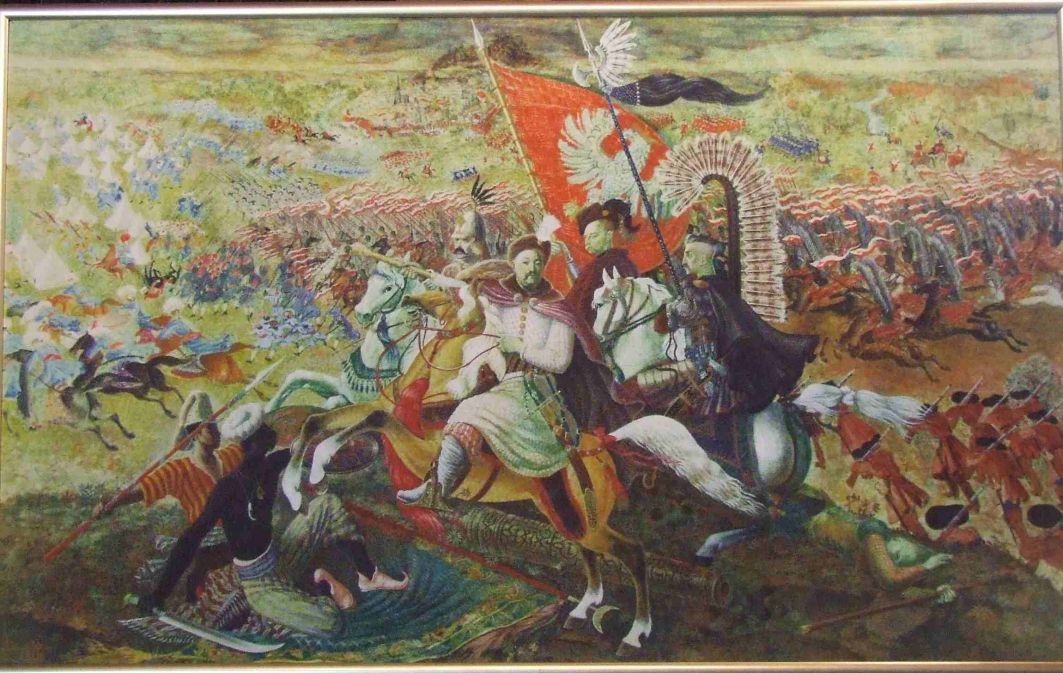 Over 80 years in exile

It was the heart of the Polish pavilion at the New York EXPO exhibition. 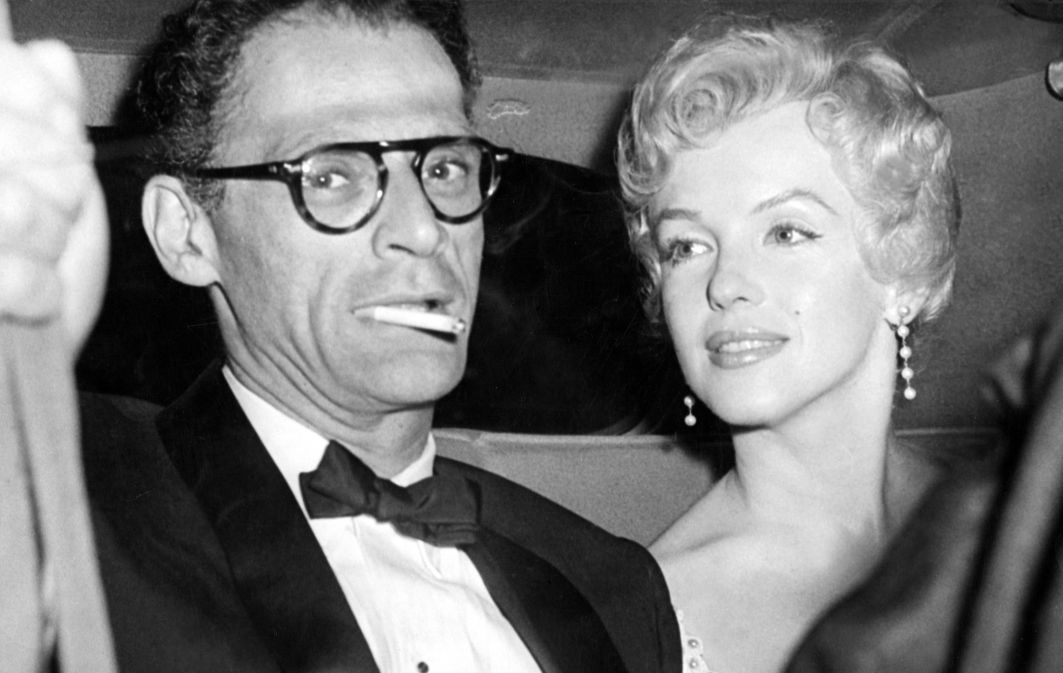 An acquaintance once joked “Your children will have the beauty of Arthur and the brains of Marilyn”.