The art of the open society, or Soros' realism 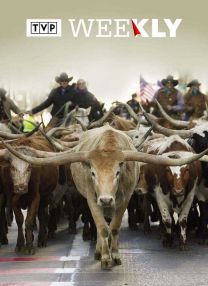 In 1989, the Stefan Batory Foundation was established in Poland. This institution is well known in Poland, which is not the case with the Centre for Contemporary Art - Warsaw. It was founded in 1992 and operated for only a few years. Anda Rottenberg was its director for some time. It was intended to provide institutional support for local artists.

George Soros causes great excitement in the world. Although he wants to pose as a philanthropic entrepreneur, in many countries he is sometimes seen as a multi-billionaire manipulating big politics.

Meanwhile, little is still known in Poland about his activities in the field of patronage of the arts. And the matter is not new. It concerns initiatives from the 1990s. The exhibition 'Influence Machine' at Ujazdowski Castle Centre for Contemporary Art in Warsaw (CSW) is devoted to them.

The nearly 92-year-old American financier of Jewish origin emigrated from Hungary to the West after the Second World War. He studied at the London School of Economics, where he attended seminars conducted by Karl Popper, the Austrian philosopher who formulated the concept of the 'open society'. And it was this concept that became the leitmotif of Soros' political activism.

Popper considered what he called a 'closed society' to be the affliction of humanity. This refers to a collectivity in which the group holding power has a monopoly on the only correct interpretation of reality and imposes its views on the general public. It also torpedoes any change because its position could be undermined. This is what happens in authoritarian and totalitarian states. They are based, Popper argued, on the ideas of Plato, Georg Wilhelm Friedrich Hegel and Karl Marx. 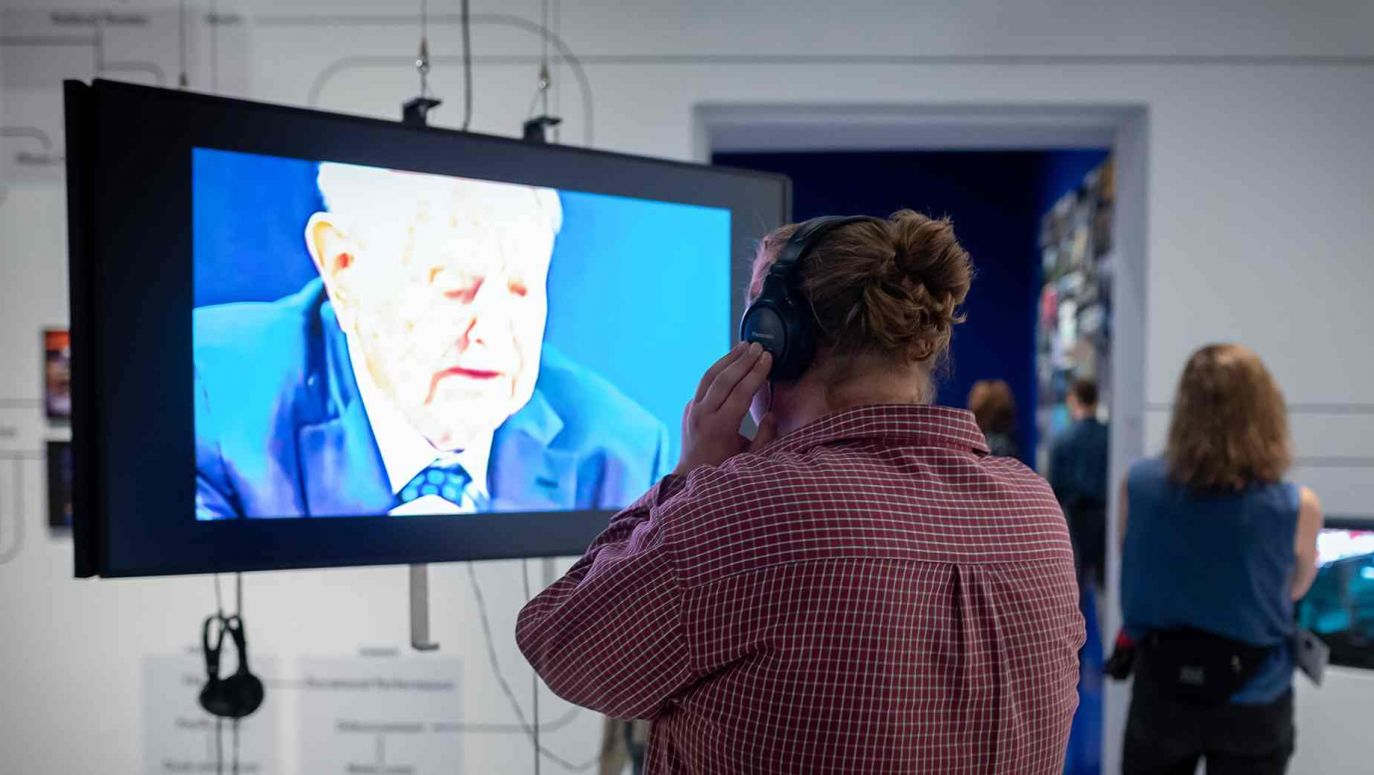 While the weapon of socialist realism was pathos, in Soros' 'realism' we have to deal with such means as irony. Photo: Daniel Czarnocki/CSW
The alternative to such badness is an 'open society'. And in an excerpt from his autobiography "Soros himself about himself. On a Corner' in 1995, a disciple of Popper explains why it should be the desired direction for humanity: "No one possesses ultimate truth. For this reason, our thinking should be critical; we need institutions and rules of conduct that allow people with different views and interests to live in peace; we need a democratic form of government that guarantees that the transfer of power takes place in order and harmony; we need a market economy that works on the principle of feedback and allows mistakes to be corrected; we need to protect minority interests and respect their opinions. The thing we need most is the rule of law. Ideologies such as fascism or communism lead to a closed society in which the individual is subordinated to the collective'.

When real socialism went bankrupt and the Soviet Union failed in the Cold War, Soros' prescriptions became almost an oracle in the former Eastern Bloc and former Yugoslavia for liberal circles aspiring to become major political trendsetters. The American businessman poured money into NGOs that would pave the way for the 'open society' model wherever a new political reality was being forged - from Almaty to Ljubljana, from St Petersburg to Skopje. 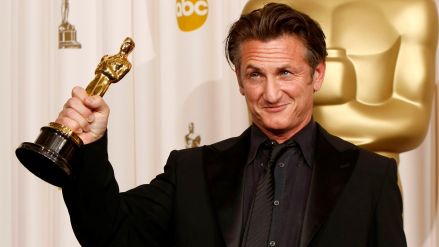 Hollywood, the Oscars and Sean Penn. How American filmmakers are responding to Russian aggression

He supported Castro and Chaves. Today, he stands firmly for Ukraine.

see more
In 1989, the Stefan Batory Foundation was established in Poland. This institution is well known in Poland, which is not the case with the Centre for Contemporary Art - Warsaw. It was founded in 1992 and operated for only a few years. Anda Rottenberg was its director for some time.

The Centre for Contemporary Art - Warsaw was part of the international network of Soros Centers for Contemporary Art (SCCA). There were 20 units in 18 post-communist countries (including Slovenia, Croatia, Bosnia and Herzegovina and Macedonia). They operated between 1992 and 1999 (with the exception of the Budapest one, which was the first to be launched back in the 1980s). They were intended to institutionally support local artists.

However, it was not just about material support. The SCCA's task was to pave new paths for creativity in the spirit of an 'open society'. This was one manifestation of the cultural colonising practices practised by the West as part of the globalisation that gained momentum after the fall of the Iron Curtain. And an important function in the SCCA fell to a carefully selected top-down group of curators. Only that the local artists were beholden to the West and behaved self-colonisingly. 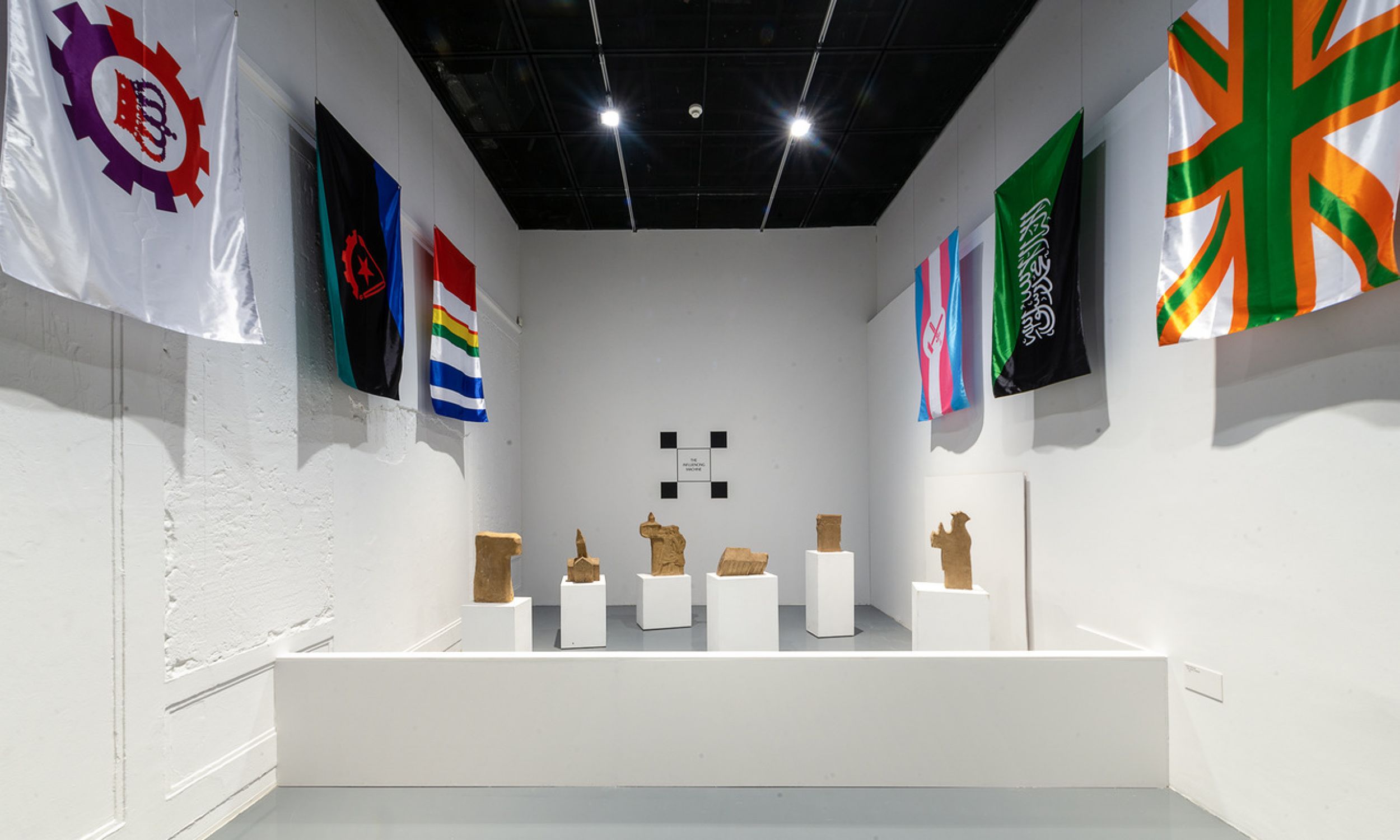 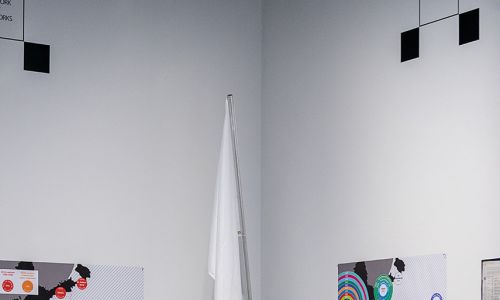 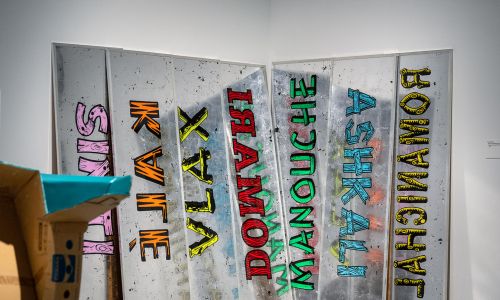 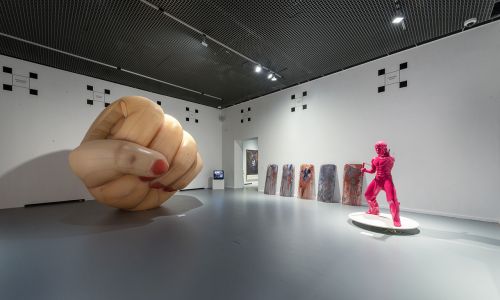 view
all
The influence machine: art is a powerful weapon
Serbian art theorist Miško Šuvaković formulated the term 'Soros realism'. This concept refers to the word cluster 'socialist realism'. Just as during the Stalinist period, art was supposed to affirm the hardships of working people in cities and the countryside, in the 1990s, its mission became to promote the concept of an 'open society' by, for example, highlighting the problems of groups considered to be oppressed minorities. Except that while the weapon of socialist realism was pathos, in 'Soros realism' - a phenomenon characteristic of postmodernism - we are dealing with means such as irony.

While the SCCAs promoted local distinctiveness, they also treated it instrumentally. Diversity was celebrated and even fetishised, but in such a way that individual identities were not made subject to the rules. Obviously, this does not involve censorship practices, but a variety of sophisticated procedures, such as the promotion of specific themes by curators.

One might conclude that, paradoxically, Soros - an icon of liberalism - has reworked the lessons of the Italian communist thinker of the first half of the 20th century, Antonio Gramsci, who posited the primacy of the cultural hegemony of the left over the revolutionary struggle. Fact, art is a powerful weapon, especially when it comes to winning over fussy intellectual elites.

At the same time, the demand for critical thinking put forward by Soros is a double-edged sword. By pursuing it, one can challenge the authority and those for whom the concept of an 'open society' is a tool of manipulation. 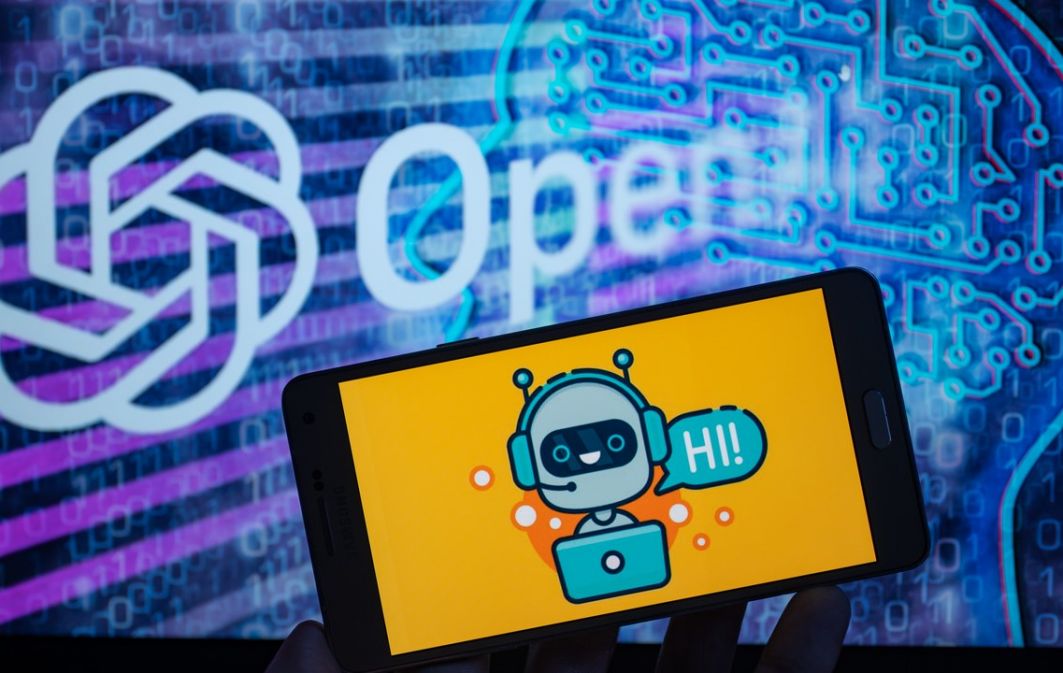 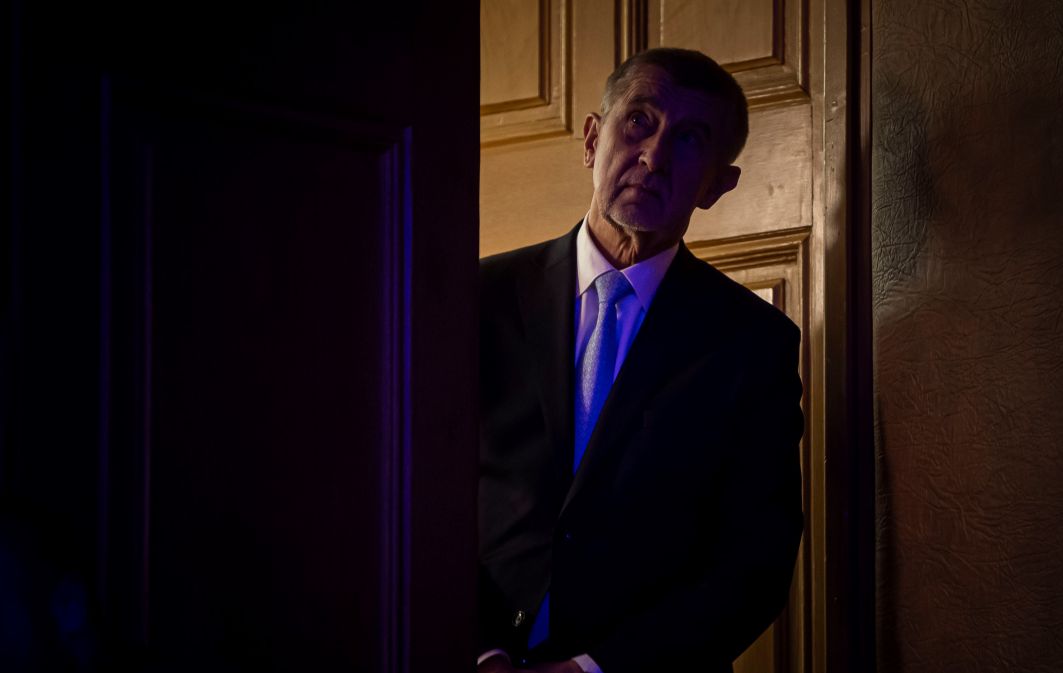 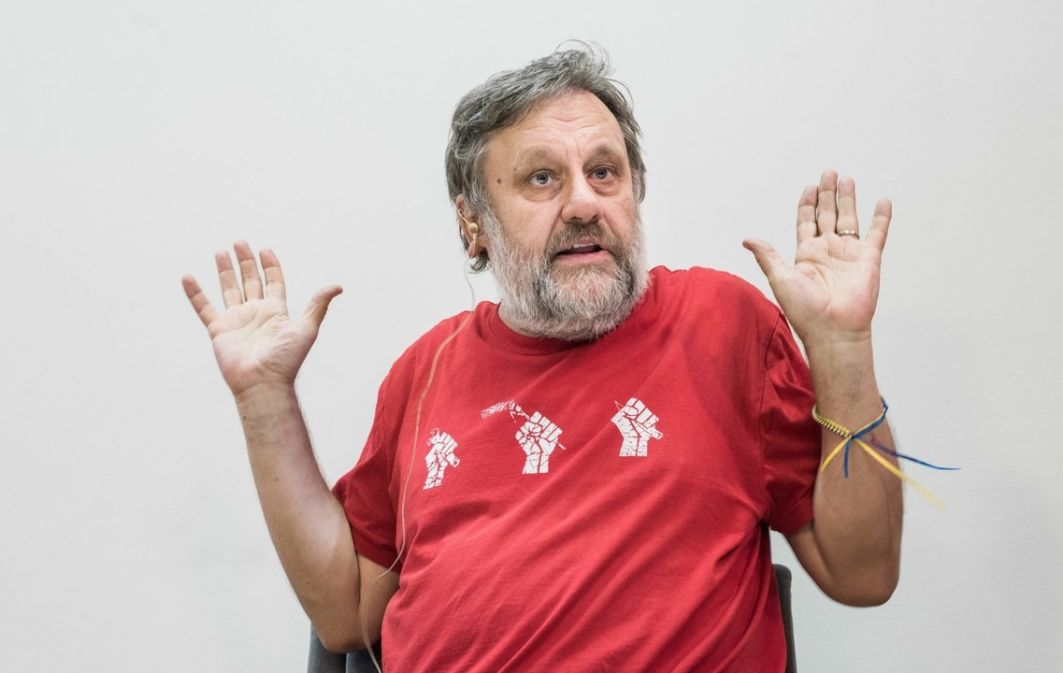 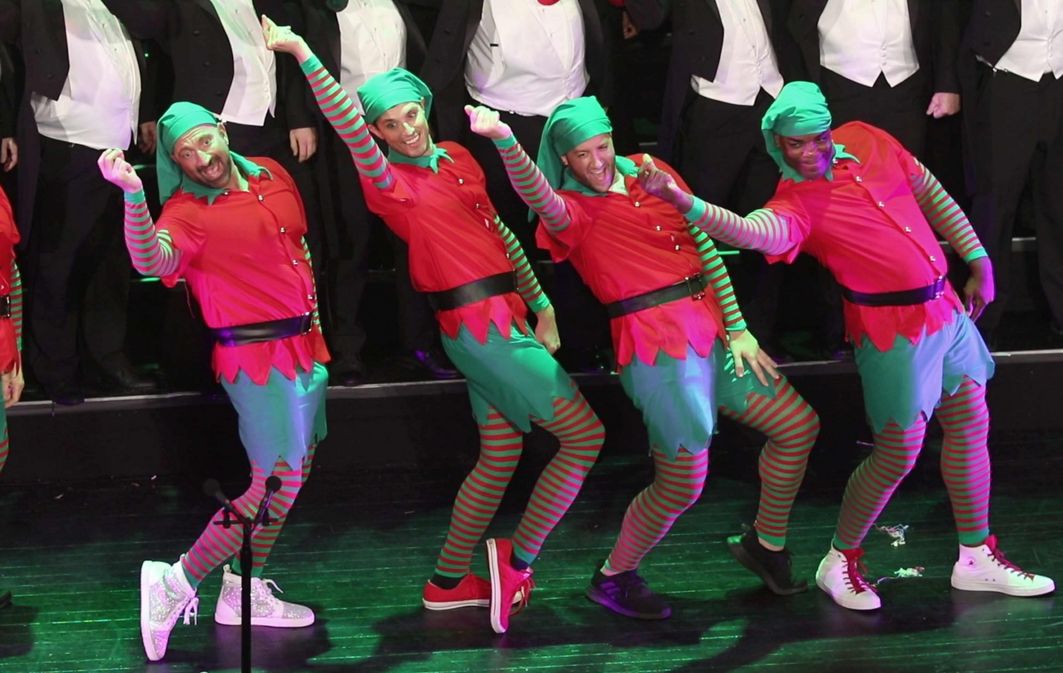 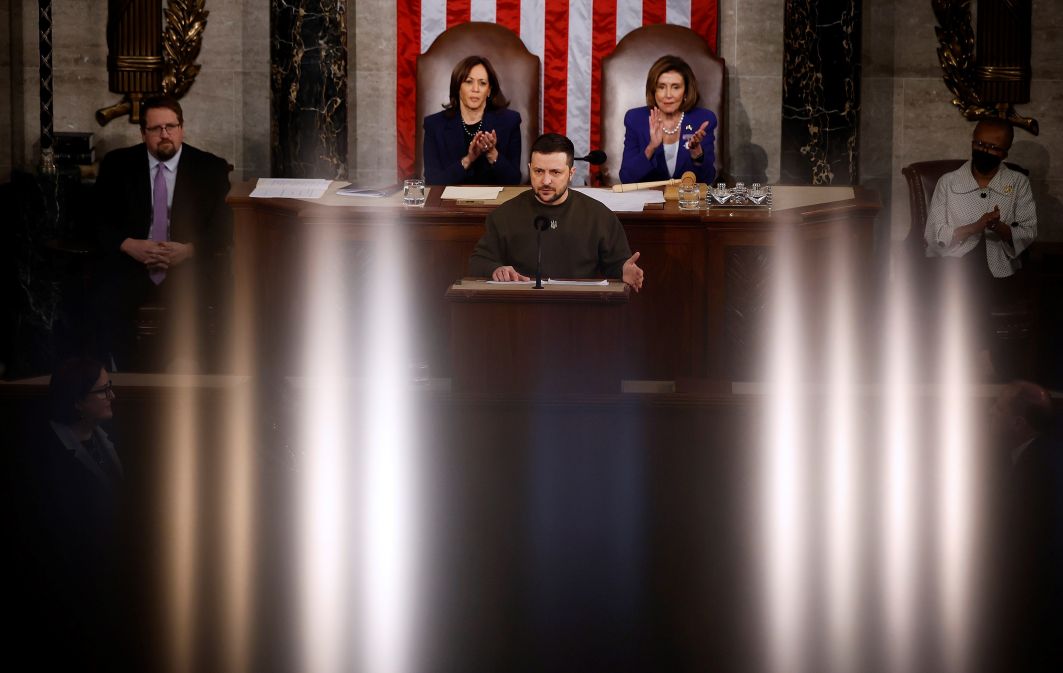